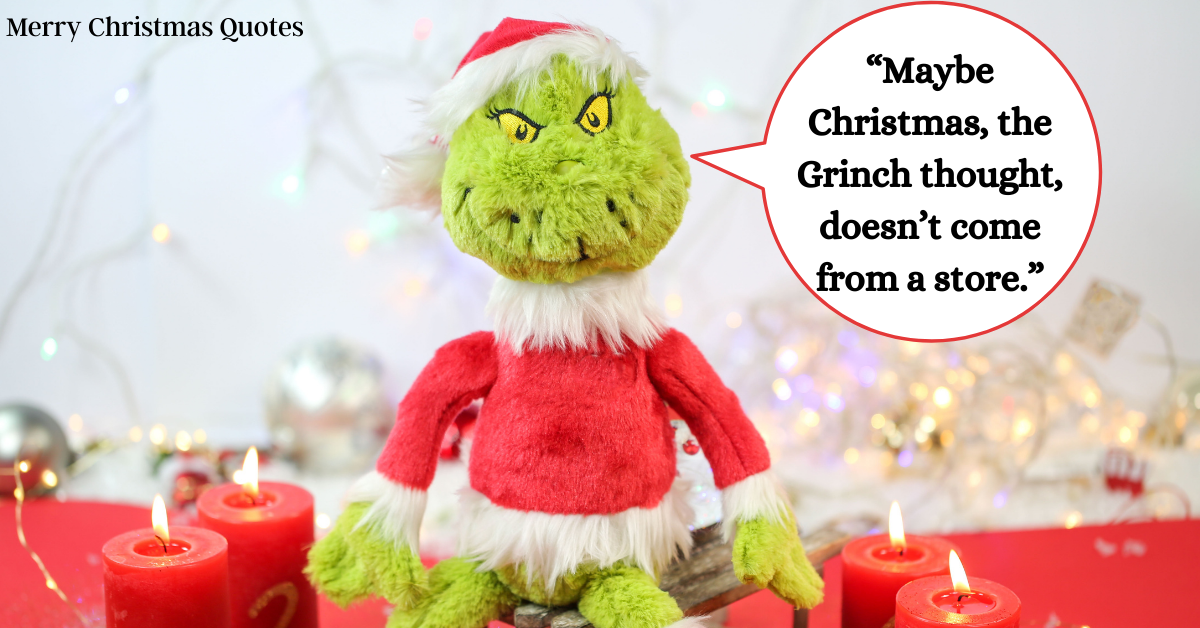 “How dare you to enter the Grinch’s lair!? The insolence! The audacity! The unmitigated gall!”

“Give me that! Don’t you know you’re not supposed to take things that don’t belong to you? What’s the matter with you? You some kind of wild animal?” — The Grinch

“Phone: You have no messages.
Grinch: Odd. Better check the outgoing. [presses another button]
Phone Message (Grinch’s voice): If you utter so much as one syllable, I’LL HUNT YOU DOWN AND GUT YOU LIKE A FISH! If you’d like to fax me, press the star key.”

“I could use a little social interaction.” — The Grinch

“Fat boy ought to finish up any time now. Talk about a recluse! He only comes out once a year, and HE never catches any flak for it! Probably lives up there to avoid the taxes!”

“For fifty-three years, Christmas has brought me nothing but misery. I know just what to do. I become Santa Clause to steal their Christmas. If he could deliver it one night, then I can steal it. What’s Santa have that I don’t?”